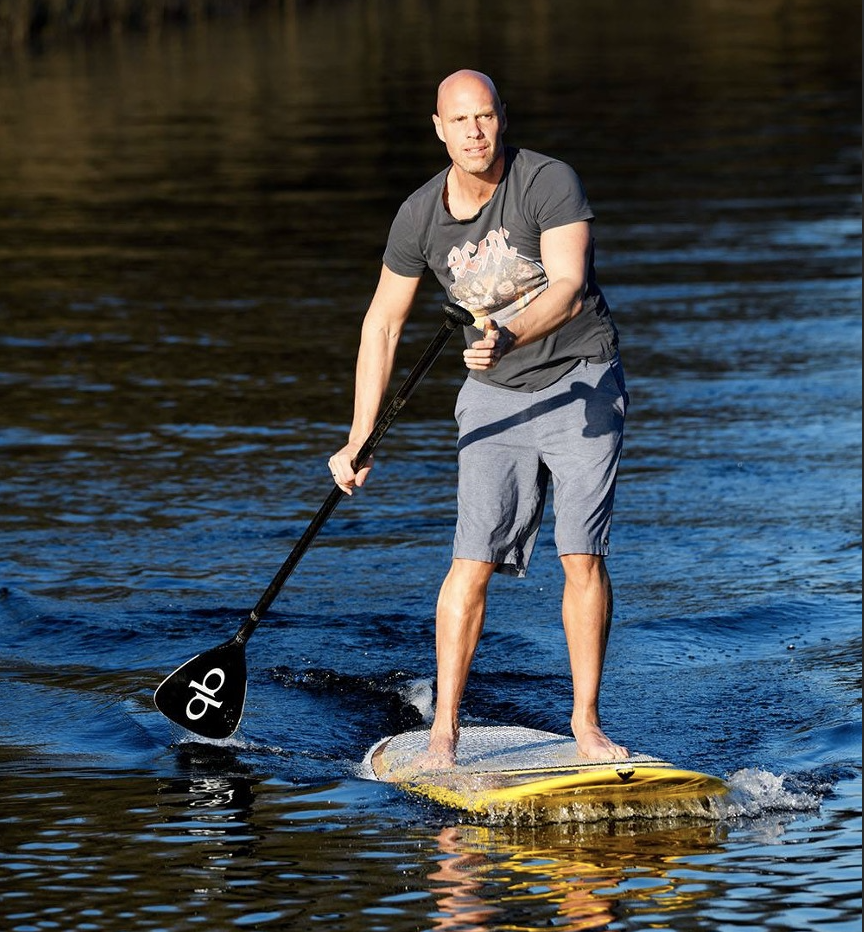 As the BioMedical Engineering and Imaging Institute continues to rapidly expand, there have been numerous researchers and staff members who have made this institute so exceptional. It is with a grateful and saddened heart that we say goodbye to Prof. Willem Mulder, one of the first members of the original Translational and Molecular Imaging Institute, whose unhindered creativity and stoicism helped build BMEII to its current stature. To honor his impact, we sat down with him for an interview to reflect on where it all started, and how far it’s come.

Q: How did you first hear about Mount Sinai?

A: I had heard of Mount Sinai from movies and TV shows like Law & Order. Scientifically, Sinai became something mythical to me back when I was a PhD student. Reading the work from Zahi and Dr. Fuster, I was intrigued by both the science and the people behind it.

Q: When did you first meet Zahi?

A: I was working on vessel wall molecular imaging in mice back when I was a PhD student. I reached out to Zahi by email and we arranged to meet in Cologne in, I believe, September of 2005 at the annual Molecular Imaging Conference. Two months later I was on a flight to NYC (for the first time) to spend the tail end of my PhD trajectory in Zahi’s lab, from mid-November to mid-December. We were exceptionally productive together, and produced the manuscript “Molecular imaging of macrophages in atherosclerotic plaques using bimodal PEG-micelles” in a month, which was published in Magnetic Resonance in Medicine.

Q: How did the Nanomedicine program start?

A: In April 2006 Zahi called me out of the blue, as he had set up meetings with Dr. Drayer and Dr. Charney for my recruitment. I remember spending time in Central Park prior to these meetings where I had sunburnt my head terribly, and went into the meetings looking like a tomato. How could I have known that the NYC sun is burning hard in April? In October 2006, I moved to the US to work on a preclinical molecular imaging program, but I was mostly interested in developing nanomedicine into an immunotherapy modality, which is exactly what BMEII’s Nanomedicine Program is internationally renowned for today.

Q: Who was your first student?

Q: What do you remember of moving into the Hess Center?

A: Since I travelled between NYC and the Netherlands very frequently, I was fortunate to spend the first part of my tenure in a basement where I had no sense of time. We were very productive even with limited means, but our research program really levelled up when we took our lean and mean attitude to Hess. I can’t think of a better imaging facility in the world. The infrastructure is unique, particularly in how it’s managed by Radiology and BMEII.

Q: What was the first big paper you published, when you really felt that you’d made it?

A: I still don’t feel that I’ve made it, but there have certainly been milestone papers:
1) Lobatto et al. Nature Reviews Drug Discovery, the first time that we’d shared with the world our vision of nanomedicine in cardiovascular disease;

2) Raphael Duivenvoorden, Jun Tang et al. Nature Communications, which we had worked on for five years, beginning in 2008. It was our first study where we fully integrated immunology and demonstrated the application of nanomedicine for innate immune regulation;

3) Binderup, Duivenvoorden, Fay et al. in Science Translational Medicine. As one of the reviewers eloquently stated: “A tour de force.” Zahi and I worked on a large NHLBI Program of Excellence in Nanotechnology, which started in 2010. This study is the climax of that program. We pulled of nano-immunotherapy of atherosclerotic inflammation in large animal models, facilitated by clinical PET/MR imaging;

4) Max Senders et al. in Nature Nanotechnology, where we demonstrated the use of new nanotech and multimodal imaging methods to study immune cell dynamics in living mice;

5) Bram Priem et al. Cell, demonstrating the use of our proprietary nanobiologic technology as an efficacious and safe immunotherapy for cancer.

Q: What have been some of your favorite memories?

A: I’ve made a lifetime of memories at Mount Sinai and in NYC. Funniest memory: taking my stand up paddleboard on the Hudson River, and getting pulled off the water by helicopter, boat, firetruck, etc. Most rewarding: Seeing some 15-year-old kid, Jazz Munitz, who sent me an email back in 2012, develop his talents toward becoming a highly versatile individual. I see in him the doctor of the future, with strong a scientific foundation, highly interested in technology and engineering, and exceptional social skills. Most grateful: working with uniquely talented individuals like Bram Teunissen and Mandy van Leent.

Q: What went into your decision to leave Mount Sinai?

A: This was the hardest decision of my life. I had been struggling with my personal life for years, due to living in NYC, so far away from my wife and daughters in the Netherlands. This is something I discussed with Zahi many times. As a sidebar for the new BMEII folks, Zahi is a great mentor for career advice, because he reads and understands people very well. I intended to remain at Sinai after turning down an awarded ERC Consolidator Grant in 2019. Then 2020 happened and it became increasingly clear last summer that travel would remain compromised for a long time, and I was forced to rethink this decision. Zahi recommended I pursue a nontraditional structure. Together with Mihai Netea, a prolific clinician and infectious disease specialist at Radboud University Medical Center (Radboudumc) and the discoverer of trained immunity, I worked on establishing a program between my alma mater, Eindhoven University of Technology (TU/e) and Radboudumc. I now have positions at Radboudumc and the TU/e to establish a translational immunology program between the institutions. I have also been appointed CSO of our biotech startup Trained Therapeutix Discovery, which is the direct result of the technologies the Nanomedicine Lab generated.

Q: How did the founding of Trained Therapeutix Discovery (TTxD), your biotech startup, come to be?

A: This was truly my dream. When I started working with Jordi Ochando, Mihai Netea and Leo Joosten we knew this was the time. The idea started in November of 2016, had real traction in 2017, and negotiations took place from mid-April 2018 to May 2019, which was an absolutely insane process. We have raised a $6 million seed investment with the support of the Jean Boulle group.

Q: How are you doing now back in the Netherlands?

A: The experience at Mount Sinai overall, and my relationship with Zahi shaped me in many ways. The ties between Radboudumc, TU/e, and Sinai investigators remain very strong, and we’re fully involved in two large programs. On a personal level, I finally live full time with my wife, daughters, and dogs, and I finally feel like a fulfilled and happy man.

Q: What does the future of the BMEII Nanomedicine program look like, and who will be directing in your absence?

A: Mandy van Leent, my former PhD student, and Bram Teunissen, former post-doc, have recently been promoted to Instructors. They are for a large extent responsible for some of the Lab’s recent successes. They are capable of taking my crazy white board drawings and concepts and solidifying them into tangible realities. They are hyper productive and now they get the opportunity to work on their own concepts, and I am convinced they’ll do brilliantly. Bram and Mandy are more advanced in their thinking and science than I was at that stage. Bram and Mandy will continue their independent careers off the lab I built, with Mandy specializing in immunology and in vivo imaging and Bram in radiochemistry and nanotechnology. They will work on their own programs, but collectively they will give immuno-imaging at BMEII a tremendous boost, which will be of interest to the entire institute and will find application in a wide range of conditions. It goes without saying that I plan to maintain collaborations with Sinai/BMEII. We are already working on establishing two large Program Project Grants. We will continue to work together and I will stay formally connected through an adjunct position, which was made possible through an endowment by Jean Boulle.

We are forever grateful for the creativity and brilliance that Dr. Mulder brought to Mount Sinai. His vision formed a unique and productive nanomedicine program, which will continue to churn out new and exciting research into nanotechnology and immunomodulation. We all wish Willem the best of luck in his future endeavors, and his influence here at BMEII will never be forgotten. Willem, you will be missed, and we raise a beaker in cheers towards your bright future!